Cashless trend catching on in Japan

Japan is taking steps toward becoming a cashless society, with all transactions paid in cash expected to decline from 76.2% in 2018 to 71.4% in 2022, according to data and analytics firm GlobalData. 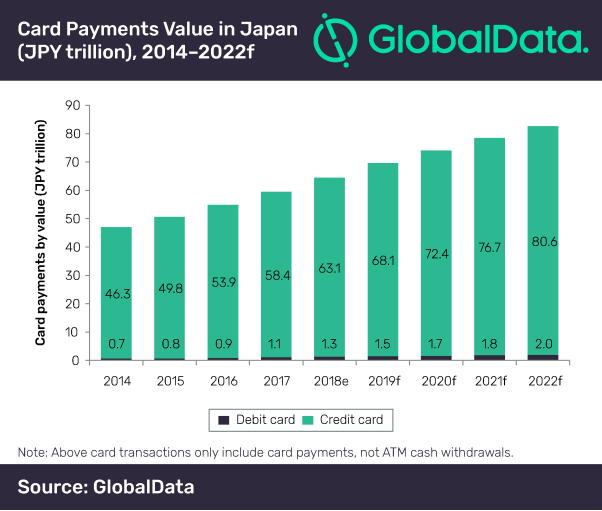 “While cash continues to dominate overall payments [in Japan], it is being gradually displaced with a growing preference for electronic payments,” GlobalData Payments Analyst Nikhil Reddy said in the release.

“Expanding payment infrastructure, rising card acceptance among SMEs, and the government’s focus on noncash transactions are expected to support the growth of the payment cards market.”

The Japanese government released its ‘Cashless Vision’ in April 2018, with the aim of achieving a cashless payment ratio of at least 40% by 2025. Standardized QR-code payments and cashless self-service kiosks are key components of this initiative, the release said.

The 2020 Olympic and Paralympic Games in Tokyo are expected to provide an impetus to the country’s payments market, as all major banks and payment companies are making their payment infrastructures compatible with foreign-issued payment cards, the release said.