Cifas, the UK’s fraud prevention service, has released an alarming picture of fraud in the UK with the release of  Fraudscape, the annual publication of its data that identifies and analyses the country’s fraud trends based on 323,660 cases of fraudulent conduct recorded in 2018.

The data, from over 470 organisations, including major UK brands from across the sectors, is one of the most comprehensive pictures of fraud and fraudulent attempts in the UK. 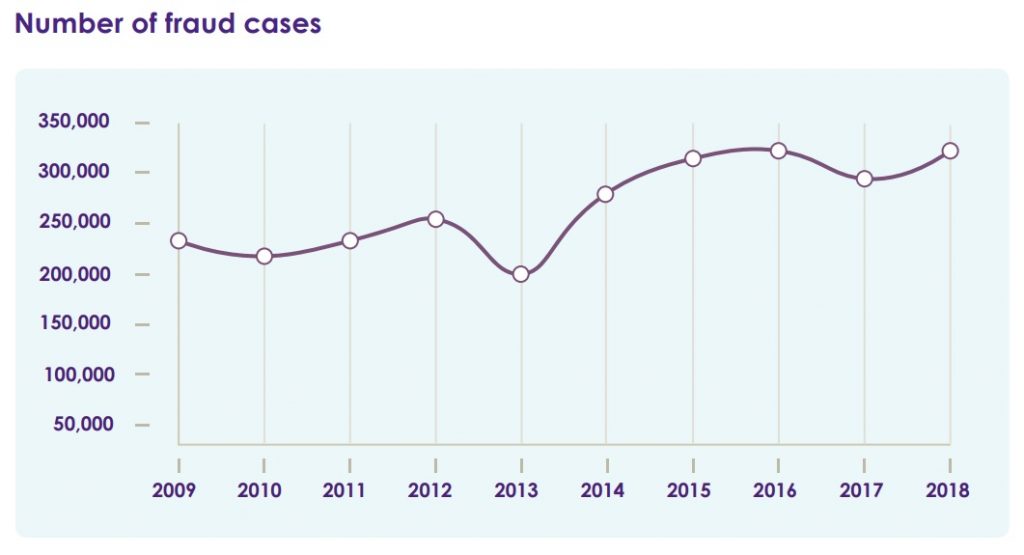 With an overall increase of 6% in cases recorded by Cifas members, the new figures show significant areas of concern.

Key findings from the Cifas’ annual report Fraudscape include:

Cifas reports increases in identity fraud across all age groups but particularly the young and old.

Victims aged 21 and under rose 26%, while the over-60s saw an alarming 34% increase on the previous year. As older people are more likely to be approved for credit and their online presence grows, fraudsters are increasingly targeting them online: in 2018 more than 33,000 over-60’s were the victim of identity fraud.

Cases which are indicative of money mule activity are up across the board.

With a 26% increase from 2017, and Cifas has seen a steep incline in those aged 40- 60 becoming involved in such activity, increasing 35%.  This illustrates that being drawn into such criminality is not a problem limited to younger generations.

“Fraud in the UK continues to rise and fraudsters are constantly finding new methods of committing fraud. From identity theft through to using the young and naïve as money mules to launder money, the economic and social harm to the nation is growing,” explains Mike Haley, Chief Executive Officer of Cifas.

“The only way to fight the threat is to combine communication and collaboration, working together to present a united front against the perpetrators. As no one can expect to deliver effective defence against ever-present threats without the full picture, Fraudscape is a crucial weapon in fraud prevention, allowing us to see where the current attacks are coming from and where future dangers lie.’